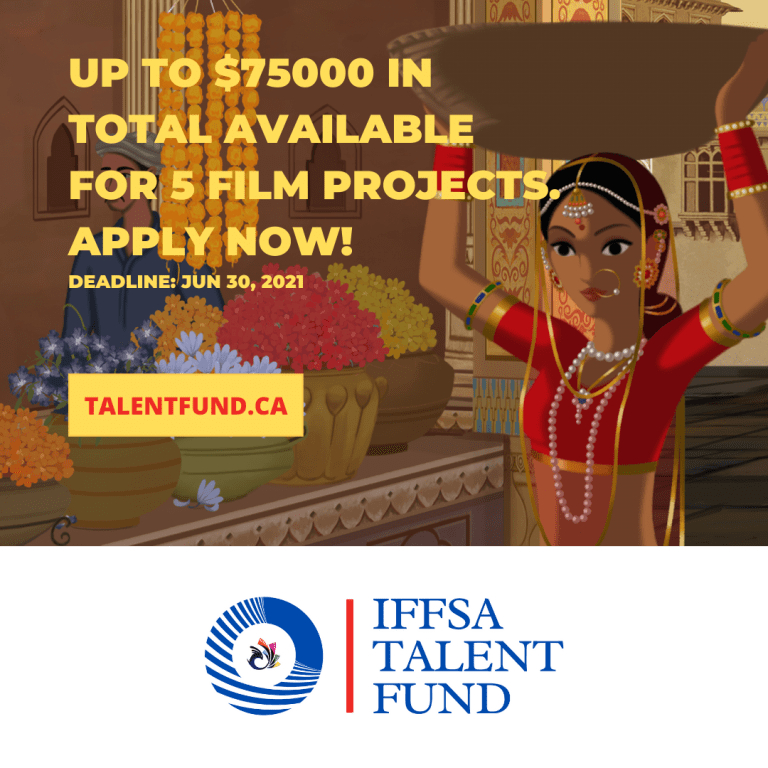 Toronto, ON (Apr 05, 2021) – As the voice of South Asian cinema in Canada, the International Film Festival of South Asia Toronto has launched the IFFSA Talent Fund initiative aimed at supporting South Asian Canadian filmmakers. In the first year, the fund will distribute up to $75000 in total to 5 films that are 10 to 15 minutes
in length with a focus on South Asian Canadian experiences.
Staying true to the festival’s mission of supporting the development, promotion, andcelebration of South Asian Canadian talent and cinematic arts, and using cinema to build the South Asian Canadian narrative, the festival is using the fund as a catalyst to empower filmmakers to help them tell their stories.
Celebrated International and Canadian filmmakers will help choose the winners and provide them with mentorship. On behalf of the jury, TIFF award-winning director Anup Singh said, “It’s an honor and a great responsibility to be chosen as one of the jury members on the IFFSA Talent Fund. I look forward to encouraging, nurturing and presenting to the world thrilling, new, young filmmakers.”
IFFSA Toronto President Sunny Gill commented, “Despite having been a part of the Canadian story for over 120 years, South Asians are vastly underrepresented in cinema, even though they are the largest visible minority group in Canada. IFFSA believes it is time to provide a platform for South Asian Canadians to bring forward their stories and share their compelling experiences accurately and fairly.”
Supported by Telefilm Canada and other private partners, the fund will allow filmmakers to overcome systemic barriers by providing them with the resources needed to bring their creative visions to life. IFFSA Talent Fund’s initial focus is on short narrative films. As the initiative builds capacity and grows, the goal is to support feature projects and ultimately other streams of media including digital media.
The IFFSA Talent Fund is an independent initiative of IFFSA Toronto, the largest South Asian film festival in North America. The fund will make selections on an annual basis, and will be accepting applications for 2021 from April until mid-July. Further details on the IFFSA Talent Fund program are available at talentfund.ca.